WITH her humanitarian work and Hollywood ambitions, Jelena Jankovic could draw parallels with Angelina Jolie of the bee-stung lips.

When this is put to her, Jankovic momentarily agrees, but points out she identifies more with the woman who played the call-girl in Pretty Woman.

"Yeah," Jankovic said. "But actually my favourite one is Julia Roberts."

With Jankovic's hearty giggles and the big toothy smile, there are similarities with Roberts.

Becoming a glamorous film star is an ambition of the world No. 3, who has already been offered a bit part in a Serbian sitcom.

A respected Serbian film director also called her up recently to offer her a role, to which Jankovic responded: "Are you kidding?" He wasn't and now she's starting to take the acting thing more seriously.

"I want to do some acting classes so I can do some of the work," Jankovic said. "Because people say I'm really talented and I have a good sense of humour. They say I have charisma. They say I am good in front of the camera.

"I would love to do something like that in the future. But obviously tennis is my No. 1 priority."

Tired and still struggling with injury, Jankovic worked hard to defeat France's Virginie Razzano 6-2, 4-6, 6-1 and advance to the fourth round of the Australian Open yesterday. 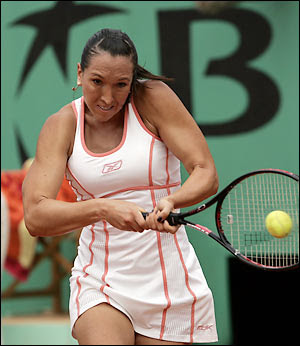 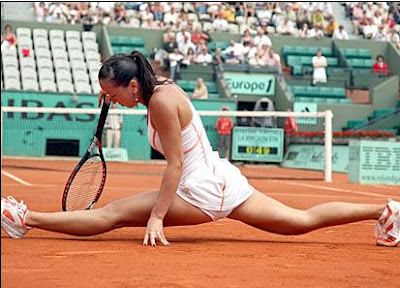