Last week Kelly Rowland held a charity event in Houston in support of her new foundation “I heart My Girlfriends”. Her former Destiny’s Child bandmate Letoya Luckett as well as Lala Vazquez and DJ Brandy Garcia came out to support the event that included beauty tips, music, a fashion show and step show. 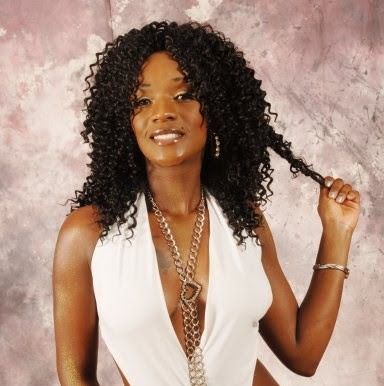 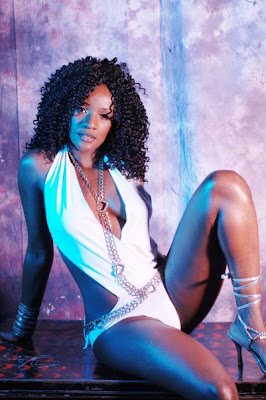 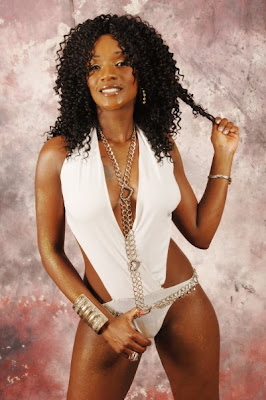 Estelle on the pink carpet

Jennifer Hudson has slimmed down tremendously since she first burst onto the scene as a contestant on America Idol in 2004.

The singer and Oscar winning actress is looking slimmer than she ever has, and her remarkable transformation even helped score her a lucrative gig as the new Weight Watchers spokesperson.

Now Jennifer is taking her weight loss message to the masses, launching the third annual Lose For Good campaign yesterday in New York. Great shape:Jennifer Hudson has dropped five dress sizes and transformed her body radically. She credits her new body to following the Weight Watchers programme and hitting the gym five times a week 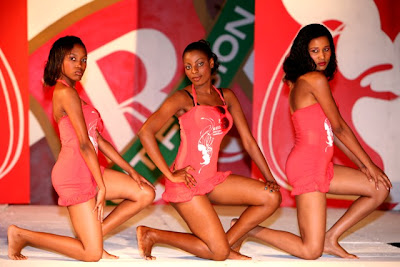 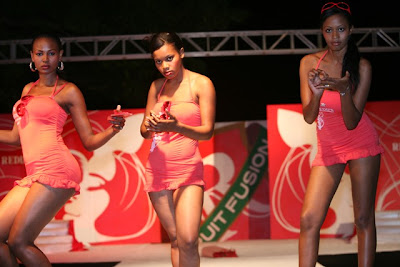 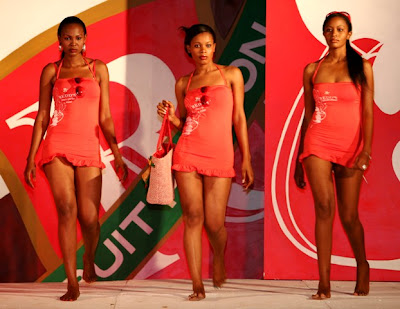 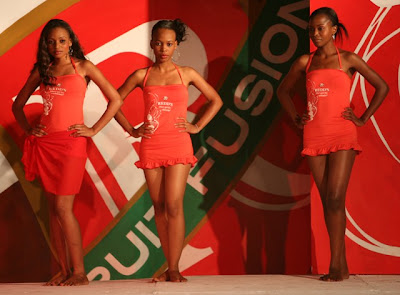 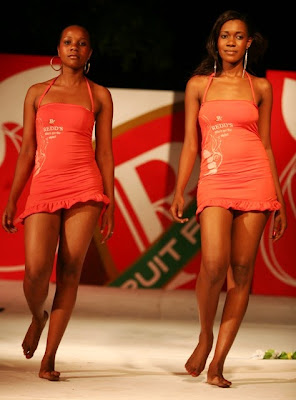 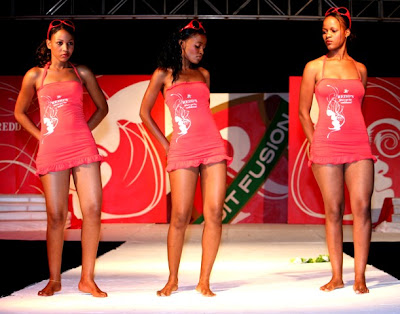 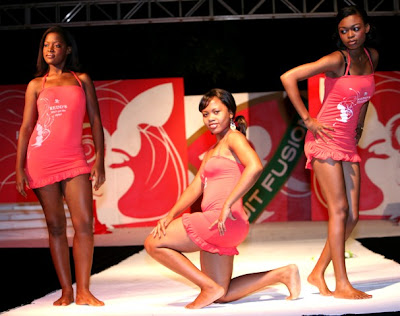 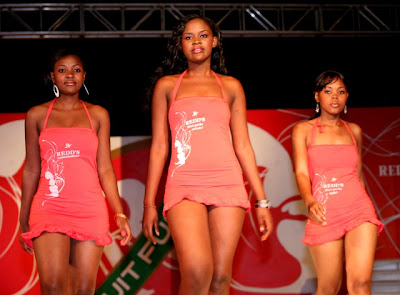 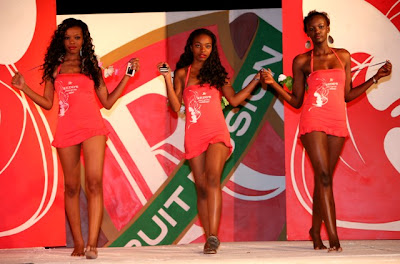 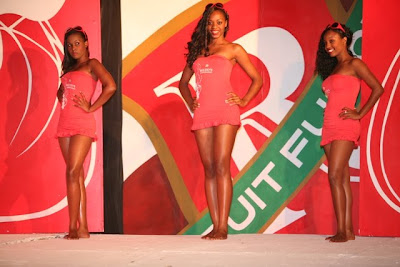 Kathy Griffin Looks Better Than Me In A Bikini

There are now two options; 1. Fight it, puke up my lunch and start doing crunches, or 2. Accept it, pour myself another glass of wine, and enjoy my cake.
Diposting oleh in_da_chint di 10.45 Tidak ada komentar:

The Science Of Attraction

The Universities of Regensburg and Rostock (Germany) have produced amazing studies using facial morphing software, combining the faces of many people, and creating prototypes of "attractive" and "unattractive" faces.

The face on the left is a prototype created by a computer representing an "attractive" female.  The face on the right is the prototype for an "unattractive" female.  The criteria found to make a female more attractive included:
Suntanned skin
Narrower nose
Darker, narrower eyebrows
Fuller lips
Thinner eyelids
Researchers then considered the idea of "babyfaceness".  In this study, a prototype was morphed, adding progressively more "childlike" features.  "Childlike" features included :
Large head
Large, curved forehead
Large, round eyes
Small, short nose
Round cheeks
Small chin

Less than 10% of participants found the 100% adult woman to be the most attractive of the group.  The rest preferred women with 10-50% "childlike" features.
The simplest of the experiments done was to produce the "average" face.

On the left is the "average female" created using the features of 64 different women.  On the right is the "average male" created using the faces of 32 different men.
For more studies and info, go to http://www.uni-regensburg.de/Fakultaeten/phil_Fak_II/Psychologie/Psy_II/beautycheck/english/index.htm
Diposting oleh in_da_chint di 07.27 Tidak ada komentar:

ECCO is a Danish shoe manufacturer and retailer founded in 1963 by Karl Toosbuy in Bredebro, Denmark. Originally established as a footwear manufacturer, the company has since expanded into leather production and leather accessories. ECCO is the only major shoe company in the world to own and manage every step of the production process – from cow to consumer. ECCO opened its first retail store in Denmark in 1982, and has since expanded to become a globally recognized brand with more than 3,800 branded sales locations throughout the world, selling an extensive range of men's, women's, and children's shoes.

ECCO was established in 1963 by Karl Toosbuy in the small town of Bredebro in southern Denmark. Toosbuy founded the company on the philosophy that “shoes must follow the foot” and not the other way around. His idea was to produce shoes that combined innovative technology, Scandinavian design, and traditional craftsmanship with an understanding of the human foot, and how it works.

In 1978, the company made its first real breakthrough, and gained widespread international recognition for its comfort footwear, when it launched the "Joke" shoe, followed by the classics "Free" and "Time". These shoes were the first in the world to feature a sole imprinted with the manufacturer's logo. Over eight million pairs of shoes from this group have been sold since then. Throughout the 1980s, the company expanded its operations internationally. By 1982, sales reached 1 million pairs of shoes annually. In order to accommodate the increasing demand additional production was established in Portugal, and under license in Japan and Cyprus.

The 1990s saw major additions in the ECCO collection, including the launch of Kids, Golf and Performance shoes. ECCO built its own research and design center, named "Futura", in Denmark in 1996, and opened its own beamhouse in Indonesia and tannery in Thailand a few years later. In 1998 the first flagship retail store opened on Oxford Street, in London. By 2000, ECCO owned every step of the production process, from design and leather production to branded retail sales.

ECCO owns tanneries in the Netherlands, Thailand, Indonesia and China. ECCO’s tanneries are among the leading manufacturers of quality leather to the fashion, sports, and car industries. ECCO has engaged in a research program to reduce the environmental impact of the tanning process. Approximately 80% of ECCO's shoes are produced in its own shoe factories in Slovakia, Thailand, Indonesia and China, and 20% under license in a number of countries including Indonesia, China and India. ECCO projects a brand image of a level of comfort and style generally associated with exclusive high-end shoes, while retailing at prices that are a little above average for the mass market, and within reach of a wide range of consumers.

ECCO shoes are sold in more than 90 countries. The company has expanded its operations into markets in Asia and in Eastern and Central Europe, Canada, and the United States. Their products are sold through 900 mono-brand stores, as well as independent retailers and online sales.

ECCO boots by the Danish shoe manufacturing and retail company ECCO have been around for almost fifty years, but their breakthrough into the mainstream shoe market has occured in the past decade. It is safe to say that their surge in popularity is due to the aesthetics, comfort and quality of their goods and not clever advertising or just plain speculation. ECCO boots and shoes are of great value indeed. ECCO currently offers a range of thirty different boot series, ten of which are designed for men. The thing most people associate with ECCO is comfort and this comfort they offer has become somewhat of a trademark. They try not to make compromises in terms of comfort or ergonomics when it comes to design. Wearers may find that their boots are roomier and much more comfortable than most boots on the market today. This consistency in smart design and comfort has helped ECCO boots develop a loyal customer base, which is growing by the day. As a new autumn and winter seasons are on their way in the northern hemisphere, it is time to start looking for proper footwear that would protect you from snow, ice, rain, cold and every possible combination of the these things. ECCO products, designed to be used in the cold Scandinavian areas, will meet your every expectation
Diposting oleh in_da_chint di 04.40 Tidak ada komentar: